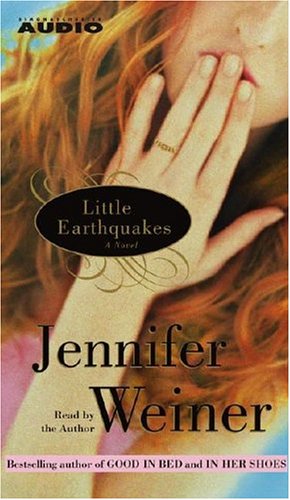 Novels that shift among multiple points of view, such as this one, are often read by multiple narrators, or at least one very skilled actor. Weiner is, unfortunately, no actor, and her reading, while serviceable, doesn't do the book justice. Though her voice is pleasantly pitched, she largely eschews character voices, which is a shame since her four primary characters—sensible, sarcastic Rebecca Rothstein Rabinowitz; über-organized Kelly Day; beautiful but lonely Ayinde Towne; and brokenhearted actress Lia Frederick—are so distinctly different. The story focuses on the tremors, both big and small, that shake up each woman's life. Rebecca, the quartet's down-to-earth center, has more trouble managing her demanding, self-absorbed mother-in-law than her newborn, but meeting Lia, who's recently lost her infant son, puts things into perspective for her. Ayinde, meanwhile, must deal with her cheating pro-basketball player husband, and Kelly is forced to come to terms with the fact that the reality of being married and having a baby is much harder than she ever dreamed. This is a poignant, thoughtful look at marriage and new motherhood, but it would have been better served by a more skilled narrator.