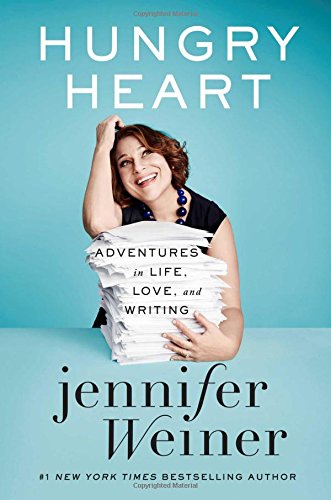 In this generous, entertaining memoir, novelist Weiner (Who Do You Love), known for her plus-size heroines, authentic voice, and hilarious one-liners, offers her fans and others a front-row seat to the drama of her life. Born to bookish Jewish parents (her father a physician, mother a part-time teacher), Weiner reads at the age of four and publishes her first poem in a children’s magazine at eight. Precocious, gifted, and overweight, she struggles through a suburban New England childhood and adolescence, followed by college at Princeton, where she is told she’s too heavy for crew team but gleans invaluable writing advice from such professors as Joyce Carol Oates and John McPhee. (Writers will be particularly interested in this section, and in the tale of her first published novel, Good in Bed, and its six-figure advance.) Her “fairy dust” story is not without heartache, however; weight issues plague her social life, her beloved but destructive father abandons the family (leaving her late-blooming lesbian mother to raise four kids); and after marriage and motherhood, she eventually weathers divorce and miscarriage. Still, Weiner doggedly pursues her dream of becoming a writer who speaks to women’s lives, insisting—and proving—that women’s stories matter, and not just those of the slim and beautiful. The book includes previously published essays, parenting tips, and funny Twitter feeds. Like her enormously popular commercial fiction, from its very first page this memoir will enthusiastically reach out to female readers and swiftly draw them close. (Oct.)
close
Details