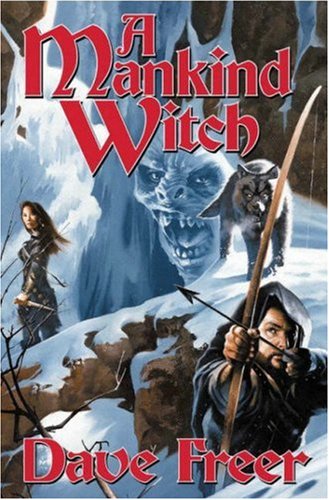 In Freer's superior heroic fantasy novel, set in 16th-century Scandinavia, allies of a demon try to thwart Christian missionary-magicians from the Holy Roman Empire. Freer ( ) wisely concentrates on individual participants within this big struggle: a shipwrecked Barbary corsair, Cair Aidin, branded as a worthless thrall; a good-hearted but insecure princess; a spectacularly evil troll hag and her grendel son; and a team led by the Holy Roman emperor's nephew/secret agent. All these characters are credibly smart and quirky. Cair, for example, is a clever contriver of mechanical devices, so he stoutly refuses to believe in any of the magic taking place around him. When a sacred pagan token disappears and the princess is framed for its theft, the skeptical Cair pursues her out of love while agents of the Empire follow out of duty—into the clutches of the troll mother. Freer's people are sometimes mistaken and often stubborn but basically likable; he even presents them convincingly enough to get away with some outright sentimentality. Good characterization, ripsnorting action and an ingenious plot make this a feast for sword and sorcery fans.