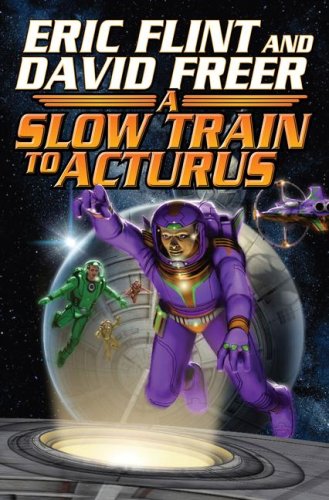 Flint and Freer’s latest collaboration (after 2007’s ) doesn’t bring anything original to space opera, but its fast pace and pulpy premise make for an engaging if shallow adventure. When a vast relic made up of massive bubbles approaches a star system inhabited by sentient space-faring aliens, a team of researchers is sent to investigate. Soon after the inquisitive aliens enter one of the bubbles, they’re attacked by its murderously insane human inhabitants. Alien xenobiologist Kretz barely escapes into another bubble, and in order to get safely back to his ship, he must somehow traverse numerous virtually inaccessible environments, all populated by divergently evolving human societies. Flint and Freer’s action-packed, often humorous story ultimately lacks substance but makes it up in fun.