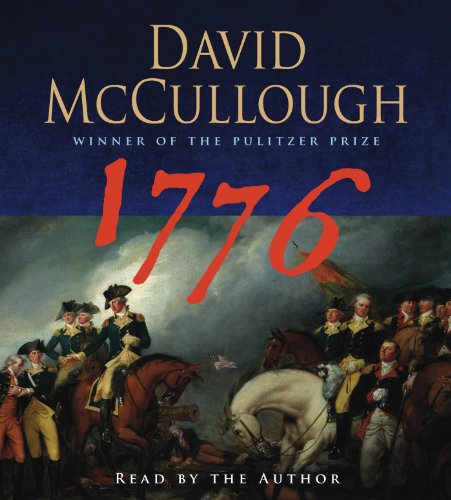 In the Pulitzer Prize–winning , McCullough provided an in-depth look at the life of America's second president; here, the author shifts his focus to the other major players of the American Revolution, providing a detailed account of the life and times of the generals and soldiers who fought for and won America's independence. In this top-notch audio production, McCullough proves that he is as equally adept at reading prose as he is at writing it. At no time does it feel like listening to a lecturing professor; instead, McCullough narrates in a sonorous, grandfatherly voice, keeping his speech vibrant and engaging, as if he were simply telling a story. Unabridged sections of prose are read by the author, while portions of the book not fully explored in this abridgment are summarized by auxiliary narrator Twomey, whose performance is serviceable and pleasant. Though the abridgement is effective, the subject matter will leave discerning listeners hungry for more. While casual fans will be satisfied, serious history aficionados will want to listen to McCullough's unabridged recording (12 hours, 10 CDs, $49.95 ISBN 0-7435-4423-4).