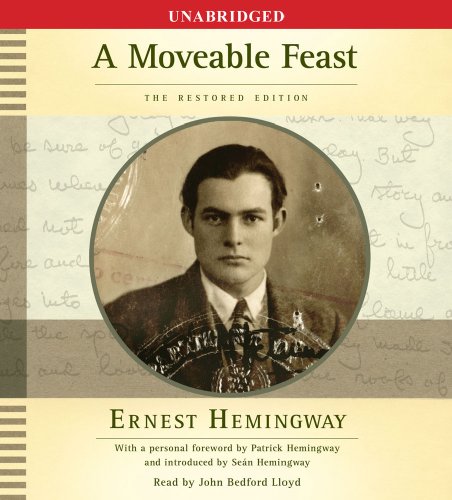 A Moveable Feast: The Restored Edition

This restored version of Hemingway's posthumously published memoir has been revised to reflect the author's original intentions. The result is less a fluid narrative than an academic exercise, with the bulk of the story—Hemingway's travels, escapades, encounters with other writers like F. Scott Fitzgerald—followed by material read by his son and grandson, and some additional sketches and fragments excluded from the final draft. John Bedford Lloyd is faced with the burden of providing a passable version of Hemingway's voice and largely succeeds, but it's much more satisfying to listen to Hemingway's son Patrick, and his grandson Seán, who, in addition to sharing their own reminiscences, offer a hint of what Papa himself might have sounded like.