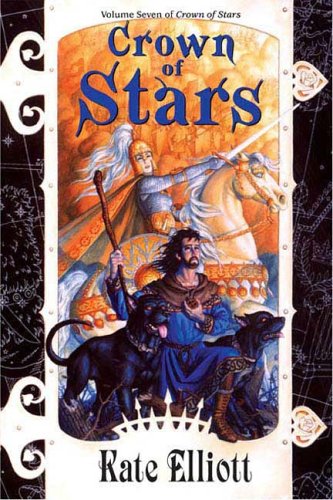 In the fine conclusion to Elliott's seven-volume fantasy epic based in part on the European medieval period, Earth is beginning to recover from the cataclysmic events—tidal waves, volcanic eruptions, vast dust clouds that obscure the sky—unleashed in book six, (2005). Prince Sanglant, the bastard son of King Henry of Wendar, seeks to legitimize his relationship with his consort, the martial and shrewd sorceress Liath, and found a dynasty that can continue their work of healing the battered world. Curses, King Henry's murder and ambitious rivals put formidable obstacles in Sanglant's path. Elliott has a gift for creating grim, dark settings as well as swashbuckling action scenes (both magical and material) worthy of Rafael Sabatini. This is a splendid piece of intelligent entertainment, even if it makes few concessions to new readers.