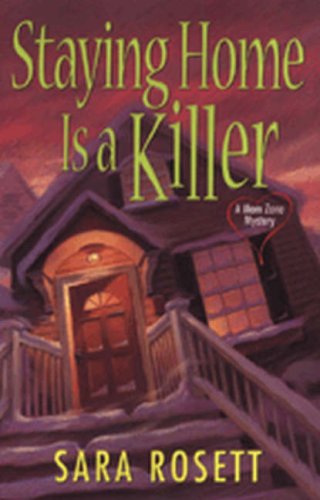 Staying Home Is a Killer

When not organizing closets or toting her toddler on her hip, military wife Ellie Avery sleuths around Greenly Air Force Base in eastern Washington State, which has lately become unsafe for military wives in Rosett's satisfying, well-executed second Mom Zone cozy (after 2006's ). Just hours after Ellie finds her friend Penny Follette in a strangely animated mood, the usually mousy art historian is discovered dead in her bathtub with slit wrists. Police first assume suicide, but Ellie knows Penny wouldn't have killed herself—Penny was thrilled about her new pregnancy. When another friend of Ellie's is hospitalized by an apparent poisoning, Ellie's connection to the two victims makes her a suspect in the eyes of officials. Rosett complicates the story with the murder of another military wife and with a stalker who harasses Ellie. The author, also the wife of an air force pilot, includes practical tips for organizing closets, but the novel's most valuable insight is its window into women's lives on a military base.