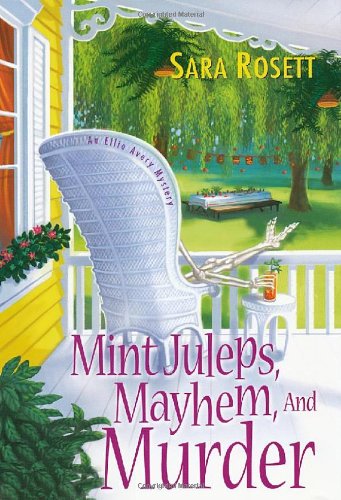 In Rosett’s nifty fifth Ellie Avery mystery (after 2009’s ), the strangulation murder of Col. Lewis Pershall shocks everyone at Taylor Air Force Base in North Dawkins, Ga. The popular Pershall was Ellie’s husband Mitch’s squadron commander. The victim’s frantic wife, alarmed that she might be considered a suspect, asks amateur sleuth Ellie for help. As Ellie investigates, she discovers that Mitch and a cousin of his have also been targeted by someone with evil intent, each man having received an odd squadron coin from an anonymous source. Threatening letters to Pershall from an angry, troublemaking air force widow suggest she might be the culprit, but Ellie also suspects two jealous fellow officers of Pershall’s. Fans of TV’s will especially appreciate Ellie, a smart crime solver who successfully navigates the challenges of military life.