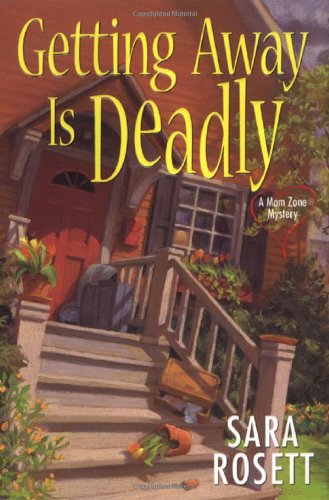 Getting Away Is Deadly

In Rosett's sparkling third Mom Zone mystery (after 2007's ), air force wife Ellie Avery tags along with her husband, Mitch, while he's attending a FROT (Foreign Reciprocity Officer Training) class in Washington, D.C. Ellie is ready for some tourist R & R, but while on a sightseeing trip with other air force wives she sees someone who looks like her sister-in-law, Summer Avery, push a man off the Metro platform. The victim turns out to be Jorge Dominguez, a sinister gardener who happens to have been stalking Summer, making her a prime suspect in his murder. Vickie Archer, who runs the Women's Advancement Center where Summer works, also knew Jorge. When, at Summer's suggestion, Ellie redoes the Archer daughter's messy bedroom for , Ellie finds a major clue and becomes a moving target for the real killer. Rosett skillfully interweaves a subplot about a Korean war veteran recovering his memory and provides practical travel tips from Ellie's organizational Web site, Everything in Its Place.