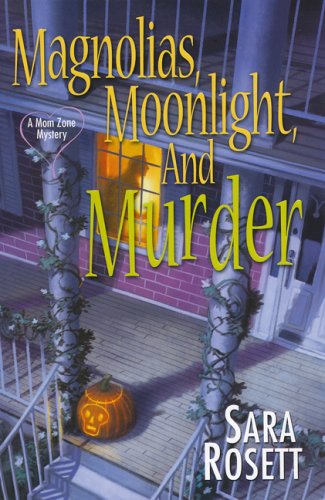 Rosett's engaging fourth Mom Zone mystery (after 2008's ) finds super efficient crime-solver Ellie Avery living in a new subdivision in North Dawkins, Ga., near Taylor Air Force Base with her air force pilot husband and their two children. While taking the family rottweiler for a walk, Ellie discovers skeletal remains in a forgotten cemetery at first suspected to be those of their home's first occupant, Jodi Lockworth, a freelance reporter who's been missing for 10 months. Instead, they belong to Albert Chauncey, a WWI veteran who died in 1919, and William Nash, an African-American youth missing since 1955. Jodi's parents are grateful when Ellie offers her keen organizing skills in their search for Jodi. A notebook hidden in Ellie's home offers vital clues, but the closer she comes to solving the mysteries of Nash's murder and Jodi's disappearance, the more she puts her life in danger. Some nifty party tips help keep the sleuthing on the cozy side.