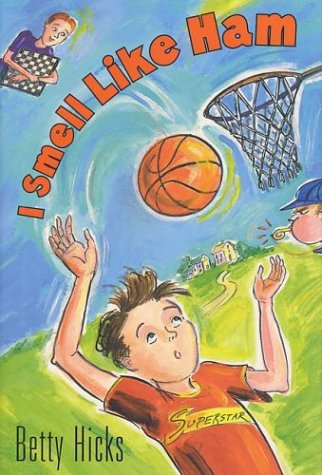 Although the premise sounds a bit like a sitcom—a sixth-grader with dreams of basketball glory learns to come to terms with his new blended family—Hicks's first novel is both humorous and heartfelt. Nick Kimble is anything but thrilled when his widowed father remarries, especially when it means gaining a new stepbrother, a chess-playing third-grade geek named Dwayne (whom Nick promptly dubs "Duh-wayne"). Hicks handily juggles this knotty development with several other plotlines, including Nick's struggle to make the cut for the basketball team and navigate the shoals of peer pressure. In the end, Nick's nobler inclinations win out: when Dwayne runs away and Nick searches for him, Nick realizes that he's not the only one struggling to find his place in the new family structure. Hicks serves up snappy dialogue and plenty of laughs (including the title, which refers to some clove shampoo Nick's organic-loving stepmother buys for him). In describing one of his stepmother's meals, for instance, Nick notes, "We had a giant fungus on a bun that she said was a mushroom burger. stuck in my mind, but that wasn't it." Overall, this is a pleasing family tale in which the underlying tone of sweetness never slips into sap. Ages 8-12.