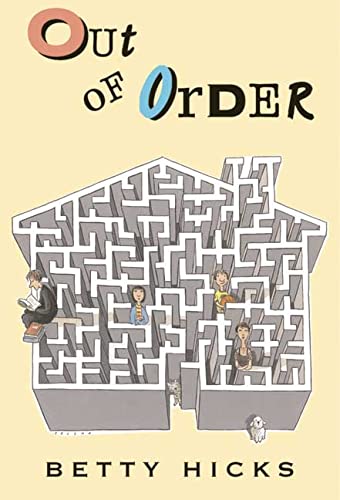 Through four distinct voices, Hicks ( ) crafts an endearing portrait of a newly blended family that includes Eric and his sister V, who have moved with their father from Chicago to North Carolina to live with Lily, her brother, Parker, and their mother. Bookish Eric records his observations in his journal; a third-person narrative reveals ingenuous Parker's thoughts, and stunning, strong-willed V and introspective Lily speak in the first person. The interplay of their individual chapters makes readers privy to information that the characters withhold from one another. Eric's plight is perhaps the most poignant, as he is now the oldest since his and V's older brother died of leukemia, after which their mother "split" for "L.A.—Land of Amnesia," he writes. Believing that he cannot live up to his father's expectations, the teen finds solace in reading novels and in his close bond with Parker. Parker, the youngest, is consumed by guilt at his failure to confess that he inadvertently destroyed the sunflower Lily lovingly grew in the garden and has let V take the blame. In retaliation, Lily destroys the tomatoes V is growing to raise money to buy soccer balls for children in Iraq. But the siblings find another way to raise the funds which, quite satisfyingly, also succeeds in bringing them together as a family. Humorous and insightful moments in Hicks's novel leaven subtle and affecting messages about communication, identity, honesty and forgiveness. Ages 8-12.