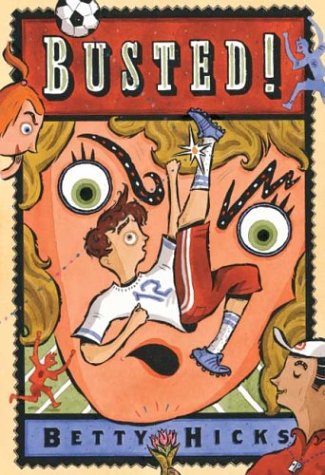 As Hicks's spry story opens, 12-year-old Stuart is grounded yet again by Jamie, his over-protective single mother. The woman, according to her frustrated son, " , sometime after his twelfth birthday, when he hadn't been paying attention [had] turned into a fire-breathing, spying, interfering, cold-blooded dragon." When he breaks another rule by accepting a ride in the car of his friend's older brother, Jamie does what the boy considers unthinkable: decides he must temporarily quit his beloved soccer team. Stuart tells his best friend, a sage, endearingly eccentric girl named Mack, that it's time to implement her plan to find a beau for Stuart's mother, which will ideally distract her enough so that she'll ease up on her son. With intermittently comical and poignant results, the plan backfires miserably. Mack's idea of introducing Jamie to her uncle leads to a falling out between her and Stuart, and the boy's idea of having his mom date his soccer coach alienates him from his teammates. The novel's characters—both young and old—come across as impressively convincing, as do the dialogue among them and their relationships with each other. Hicks's electric descriptions of soccer play will score extra points with fans of the sport. This tale entertains while delivering a thought-provoking message about parent-child communication and peer relationships. Ages 8-12.