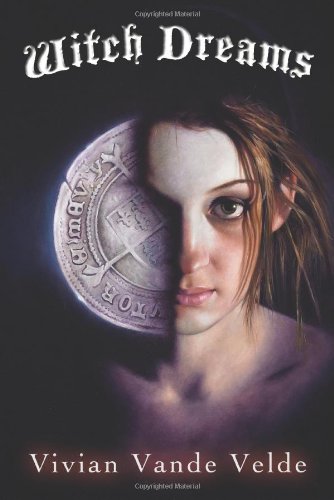 For six long years Nyssa has been seeking justice for her parents who were murdered when she was 10 years old. She had suspected Elsdon, a youngest son of Lord Haraford, but his parents had provided his alibi, and Nyssa was powerless to prove otherwise. Now, Elsdon returns to their medieval village, and Nyssa has a chance to discover what really happened on the day her parents died, for she has the ability to share, almost like eavesdropping, other people's dreams. But she must be subtle, for such a power would be considered magic in the eyes of the villagers, and she would be tried as a witch. Nissa's explanation of her taxonomy of dream-types ("wish, fear, or true-memory" dreams) is fascinating, if at times confusing, but unfortunately, none of the characters is fully developed, which detracts from the story's mounting suspense. Vande Velde's spare prose style reflects the simple and harsh existence of Nyssa's village—this is not a place where people can expect something even as basic as food or a bed of one's own. Nyssa's dream visions, by contrast, unspool as detailed, vivid scenes that give weight to what occurred the day of the murders. Although not among the author's best, it's a chilling tale nonetheless. Ages 10-14.