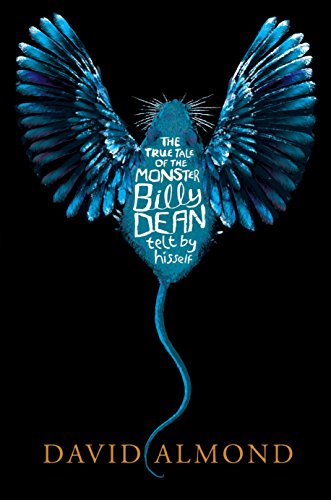 The True Tale of the Monster Billy Dean

A boy named Billy Dean—born at the very moment terrorists blew up his town, starting World War III—narrates this mesmerizing post-apocalyptic tale from Carnegie- and Printz-winner Almond. Written in a difficult Geordie dialect, further complicated by Billy's phonetic spellings, the novel speaks feelingly to the love between parent and child, as well as the harm parents can do. Billy Dean's mother, Veronica, was seduced by the local priest; amid the carnage of the "day of doom" on which Billy is born, Father Wilfred persuades Veronica to lock the newborn in a secret back room of her small house to cover up the priest's indiscretion. Billy Dean doesn't emerge from hiding until age 13, slowly acclimating to a crumbling and unfamiliar world: "I am dazzld by the sky that has no end to it & by the numba of things that lie owt ther. I watch the way the breez moves through the rubbl & lifts the dust & how it blows the foliaj of the trees that gro up through the ruwins."

Billy also begins to manifest strange gifts, such as contacting the dead and healing the sick, gaining a reputation as an "Ayngel Child." Eventually, people come from all over the region to beg Billy's aid or simply to worship him. Almond has much to say about the meaning of faith and the lack of it, and about the difference between a monster and a miracle worker. The bereaved and ill see the boy as little more than a shortcut to getting what they want, less a human being than a sort of miraculous vending machine. Even his most worshipful disciples are primarily interested in turning Billy into their vision of what he should be, rather than in seeing him for who he really is. And to Billy's father, lurking in the background, the boy is a very real monster whose mere existence endangers everything the faithless priest has worked for. Challenging, sometimes bloody, but completely rewarding, this is an intense story of betrayal, reconciliation, and triumph. Ages 14–up. (Jan.)