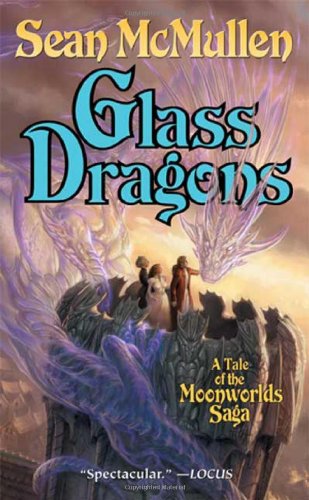 Like 2002's well-received , this second novel in Australian author McMullen's Moonworlds Saga expertly blends fantastic melodrama and broad farce. It also demonstrates the truth of the old saying that a little knowledge is a dangerous thing. Vain sorcerers create Dragonwall, a world-encircling magical barrier, to improve the weather, but they discover that the wall's etheric energy offers them an irresistible temptation to incinerate their rivals—or any entity that imagines it could exist outside their control. It's up to more cautious, self-doubting people to destroy Dragonwall, including a cowardly court musician, a centuries-old reformed vampire, a guilt-laden priestess and a drunken but chivalrous young lout who wishes to better himself. It takes a while for all those characters to get to where they need to be, literally or figuratively, and meanwhile agents of the Dragonwall sorcerers are plotting to thwart them. McMullen tells a lively tale that jumps from person to person as the plot meanders along, but the book is especially attractive for its tricky shifts from dark, passionate intrigue to sly but rowdy slapstick, like a Storm Constantine story line performed by Monty Python. There may be a lot of story to come before the world's balance of magical powers is restored, but readers won't mind if additional books in the series are as entertaining as this one.