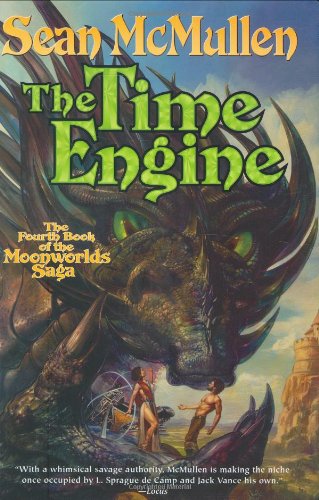 The Time Engine: The Fourth Book of the Moonworlds Saga

The insubstantial fourth Moonworlds title picks up the pastiche of Wells's where 2007's leaves off. When Wayfarer Insp. Danolarian Scryverin is abducted by a woman from a future world, he sets out to learn how and why he has been transported, even as it becomes clear that his case interests powerful people who inhabit the world between life and death. After he returns to his own time, fulfilling his destiny by completing a circle of causality, he travels further back to a distant, idyllic past, finally learning a shocking truth about all the places and things he has seen. New readers may find themselves puzzled, despite plenty of exposition, and much of the humor falls flat, but nonstop action is mostly enough to keep readers turning the pages.