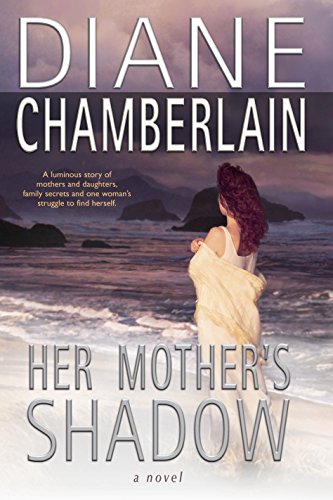 Chamberlain ( ; ; etc.) bridges the gap between romance and relationship novels in another tale of lost family and found love on North Carolina's Outer Banks. On Christmas 1990, 13-year-old Lacey O'Neill watches as her mother, a volunteer at a battered women's shelter, is fatally shot by a man aiming at his estranged wife. Lacey grows up in thrall to her mother's memory, at first trying to emulate the saintly Annie and later rejecting her after learning about her many infidelities. As the novel opens in 2003, Lacey is living in Kiss River with her brother, Clay, and his family, working in her stained-glass studio and reading books about healthy relationships. But when her best friend is killed in a car accident, Lacey becomes the guardian of her preteen daughter, Mackenzie. Familiar with rebellion and loss, Lacey struggles to help bitter Mackenzie, who finds some relief in helping Clay train dogs. Meanwhile, Lacey wavers between Bobby, the former bad boy she's sure is Mackenzie's father, and Rick, the handsome lawyer who arrives in town just as Lacey's trying to write a statement protesting the parole of her mother's killer. Meanwhile, a middle-aged nurse's search for her estranged son leads her from San Diego back to the Outer Banks to reveal some secrets of her own. Bringing in characters from past novels and introducing folks sure to show up in future ones, Chamberlain adeptly unfolds layers of rage, guilt, longing, repression and rebellion while gently preaching a message of trust and forgiveness. Complex, credible characterization raises her saga so far above soap opera that even readers who are not already fans will sympathize with the flawed but caring people she compassionately evokes.