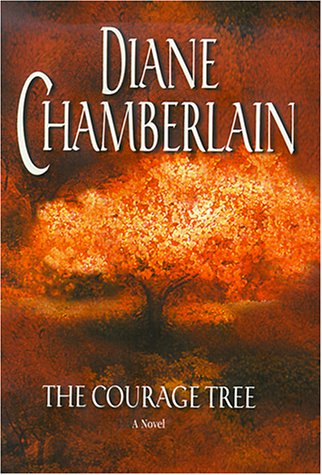 A race against time to find a sick child lost in the West Virginia wilderness keeps pages turning in this suspenseful family drama by former psychotherapist Chamberlain (Breaking the Silence). Janine Donohue lives with her eight-year-old daughter, Sophie, on the Ayr Creek estate in Vienna, W.Va., a horticultural reserve operated by the descendants of the original owner. Janine's parents live in the main house, while Janine, a former Army Reserve helicopter pilot, and Sophie, who suffers from renal failure, live in the guesthouse. Despite resistance from her parents and ex-husband, Joe, Sophie is being treated with a new alternative herbal therapy, Herbalina, at the suggestion of estate horticulturist Lucas Trowell. The promising results have allowed Sophie to accompany her Brownie troop on a weekend camping trip. Joe blames Janine for Sophie's illness, believing it is a result of Gulf War syndrome, and disapproves of Sophie's trip. Sophie, her friend Holly and troop leader Allison travel in a separate car on the return journey, then an accident kills Holly and Allison. When the three don't arrive back with the rest of the troop, the police begin to search the dense West Virginia woods. Dazed, scared and weak without her medicine, Sophie manages to make it to a dilapidated cabin, where aging film star Zoe is hiding out. Zoe is awaiting the arrival of her daughter Marti, on the lam after a jailbreak, and Zoe is prepared to do anything to ensure her daughter's safety after many years of neglect. Meanwhile, Janine's parents and Joe suspect Lucas of foul play. Despite some cramped characterizations and too many narrative trails converging at once, this page turner will please those who like their stories with as many twists and turns as a mountain road. Multicity author tour. (Feb.)
close
Details