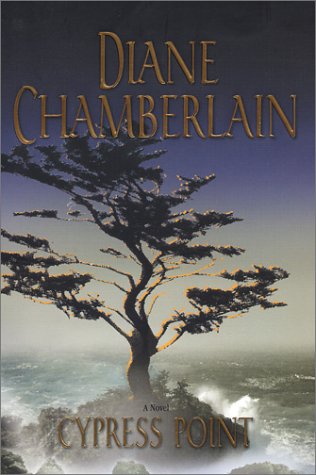 Healing, be it psychological, physiological or spiritual, informs this humane but too-familiar novel from veteran writer Chamberlain (, etc.). The daughter of '60s free spirits, Joelle D'Angelo is a recently divorced, naturally empathetic social worker at a coastal California hospital. Unfortunately, she's madly in love with co-worker Liam Sommers, who just happens to be married to her best friend, Mara. Things are particularly tricky because Mara, once a brilliant psychiatrist, suffered brain damage caused by an aneurysm while giving birth to her son, Sam. Liam has remained a dutiful husband to his near-comatose wife, visiting her every opportunity he gets, but that doesn't stop him from sleeping with (and impregnating) Joelle in a moment of weakness. Into this tangled thicket of guilt, misery and self-abnegation comes Carlynn Shire, an elderly doctor with "mystical" healing powers, whose aid Joelle enlists to resuscitate Mara, for Liam's sake. Carlynn's past is revealed through a series of flashbacks: her initial discovery of her preternatural abilities, her romance with husband-to-be Alan Shire and her troubled but loving relationship with her insecure twin sister, Lisbeth. The novel's two narrative threads, Carlynn's past and Joelle's present, flow inexorably toward a "twist" ending that feels contrived and predictable. It's difficult to dislike Chamberlain's well-paced tale, especially since its protagonists are such an inherently sympathetic, good-hearted lot. Still, there are few surprises and fewer original insights into love, loss and self-sacrifice to be found here. The Courage Tree