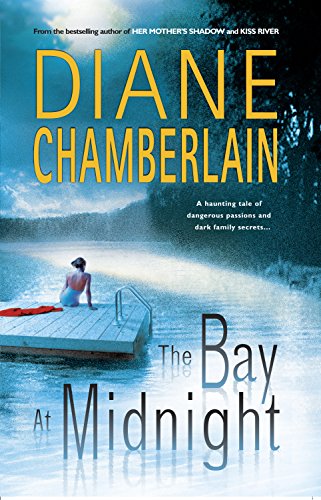 THE BAY AT MIDNIGHT

Family secrets sizzle at the core of an unsolved mystery in this smooth, deceptively simple tale of romantic suspense from Chamberlain ( ). During the summer of '62, two families vacationing at the Jersey shore, the Bauers and the Chapmans, are devastated by the murder of 17-year-old Isabel Bauer. Most affected is the victim's precocious 12-year-old sister, Julie, who feels accidentally responsible. Forty-one years later, Julie is a bestselling mystery novelist and a divorced, menopausal single mom, dealing with the demands of Shannon, her pregnant, unwed 17-year-old daughter, and Maria, her elderly mother. Then the niece of Ned Chapman, on whom Julie had a crush that fatal summer, arrives at her door bearing a letter from her uncle, recently dead of cirrhosis of the liver, claiming that the person convicted for Isabel's murder, an African-American named George Lewis, was wrongly imprisoned. Taking the letter to the police means reopening the case and shaking up the lives of both families. Through multiple points of view, Chamberlain skillfully explores the painful memories of the tragedy. The story of what really happened unfolds organically and credibly, building to a touching denouement that plumbs the nature of crimes of the heart.