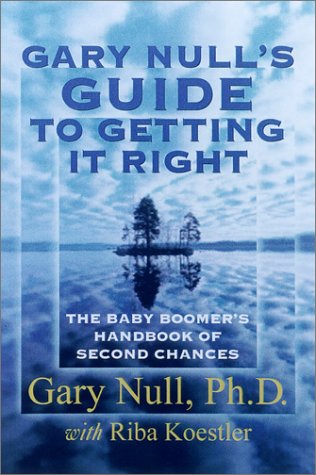 Well known for his work in nutrition (including vegetarianism and juicing), natural healing and self-help, Null (;) now turns his attention to the specific problems facing the baby boomers. Analyzing the 1950s and '60s American culture in which the baby boomers lived their most impressionable years, Null asserts that "some assumptions and attitudes prevalent in those days were counterproductive to human fulfillment." These include, he says, conformity, materialism, obsessively planning for the future, avoiding risks and trying to do too much. Such beliefs and behaviors, he believes, account for baby boomers' "pervasive sense of unease," despite wealth unmatched by any preceding generation. Null's remedies include living consciously, giving up excuses and blaming, and "creat[ing]... who you really are." His clearly presented and sound insights are sometimes obscured by his tendency to indulge in long-winded tangents, self-important anecdotes (wherein he tells off those who disagree with him) and vague, repetitive or simplistic prescriptions. He bashes Alcoholics Anonymous, though it's not clear what his expertise is in this area; with no background in psychology, he dismisses problems like "moodiness" as simple matters of choice. While Null offers some helpful guidance for the challenges of living in our time, this book is marred by his questionable judgments, which fall outside his previously established area of expertise.