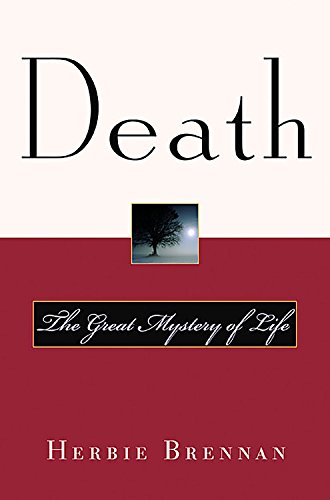 DEATH: The Great Mystery of Life

This latest offering from Brennan, an Irish writer of nonfiction () and children's books (), is a study of death from a variety of angles. A historical chapter on the devastation caused by the bubonic plague is informative and interesting, as is the author's coverage of the Ebola virus and of modern dangers associated with the overuse of antibiotics. Brennan also includes a thoughtful overview of the ways various religions regard death and immortality. But when he turns his attention to ghosts, mediums, out-of-body experiences (OOBE) and other psychic phenomena—which are clearly his chief interest—more skeptical readers may raise an eyebrow. Brennan has done a number of experiments using hypnosis to trigger OOBE in subjects and the results of these, along with examples done by others in the field, are used to support his arguable conclusion that "there is a substantial body of evidence to suggest the second body everyone experiences during an OOBE is something more than a subjective reality." In addition, Brennan details a theoretical account of the death experience that is based on a murky merge of Tibetan religious beliefs and testimonials from those who have survived near-death encounters. The author's claim that actual death is characterized by "calm, freedom from pain, the possibility of continuity..." will reassure believers and irritate rationalists.