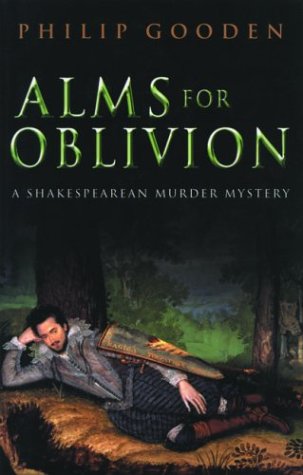 provides the keynote for British author Gooden's engaging fourth novel (after 2002's ) to feature player Nicholas Revill, a member of the Chamberlain's Men. In the late autumn of 1602, Nicholas becomes the chief suspect in the murder of his boyhood friend, Peter Agate, shortly after Peter comes to London and competes with Nicholas for a part in a production of Master Shakespeare's , to be performed at the Middle Temple. To add to his woes, Nicholas is imprisoned after being accused of two more murders. He escapes and flees some 150 miles west to his native town of Miching, in Somerset, where the mystery comes to its satisfying if bloody resolution. Gooden paints vivid pictures of foggy, Thames-side London; of prison life with its greedy gaolers who demand money for food, bedding, better treatment and even release; and of the long, lonely walk to Somerset in the rain and cold. Those familiar with the more vicious dramas of the Elizabethan period will particularly appreciate this tale of incest, whoring and six murders (by stabbing, strangulation and poison), written in readable modern English with only a few terms peculiar to the period.