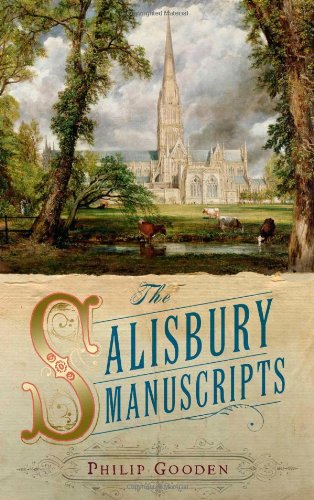 In Gooden's pallid whodunit, the first in a new series set in British cathedral towns during the Victorian era, London attorney Thomas Ansell travels to Salisbury to take custody of a manuscript belonging to Canon Felix Slater—the racy memoirs of the canon's father, George, who knew writers like Byron and Shelley and sowed “quite a few wild oats in his youth.” Shortly after Ansell arrives in Salisbury and meets Slater, someone murders the canon in his study with one of the flint spearheads he'd dug up in the neighborhood. The police suspect Ansell of the crime after finding him near the body, his hands stained with the victim's blood. To clear his name, Ansell turns amateur sleuth. Unmemorable main figures, coupled with some odd authorial editorializing and a clichéd denouement make this a less than engaging read. Fans of Gooden's Shakespearean mystery series ( , etc.) will hope for a return to form in the next installment.