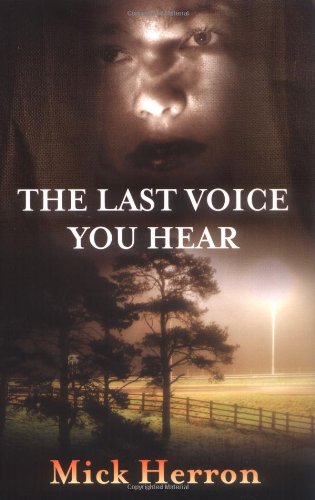 THE LAST VOICE YOU HEAR

This tight, literary, cliché-free novel, the second in British author Herron's Zoë Boehm series (after ) but the first to be published in the U.S., finds the Oxford private detective investigating three mysteries: a 12-year-old purse snatcher's plunge from the roof of a seedy London high-rise and the separate murders of two middle-aged women. Boehm suspects the women's deaths are linked to their dating Alan Talmadge, a Motown-humming Bluebeard who preys on women whose age is edging them out of the singles scene. Boehm believes Talmadge pushed the two women to their deaths, into a subway track and a ditch of water, respectively. Herron's writing includes some fine images: "when she coughed, it racked through her like she was a wardrobe full of empty coathangers." The hunter becomes the hunted as Boehm seeks refuge deep in the country, with a friend who keeps ostriches, of all things. This plot is intriguing from opening to denouement. Point-of-view switches could confuse some readers, and the capture of one perpetrator is postponed for a sequel, but this doesn't dim Herron's gift for action, dialogue and, most of all, psychology and setting.