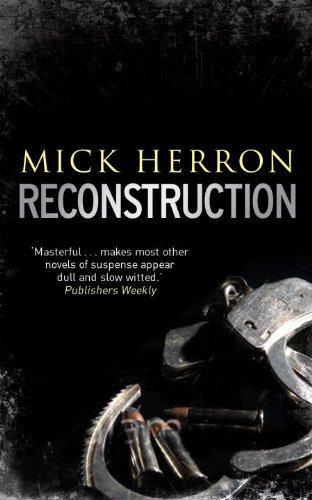 Near the start of this masterful thriller from Herron ( ), Jaime Segura, a young immigrant to Britain with a gun, takes several hostages one morning at the South Oxford Nursery School, including a teacher, the school’s cleaner, parent Eliot Pedlar and Pedlar’s three-year-old twin sons. Jaime is confused and afraid but he’s not crazy, and what he wants becomes apparent very slowly. Though Secret Service agent Ben Whistler’s usual beat is the MI6 accounting department, he’s summoned to the nursery school after Jaime tells the surrounding police that Ben is the only one he’ll talk to. Then there’s the matter of the quarter of a billion pounds that’s been stolen from the Service. How Herron is able to tie all these events together will test the sleuthing ability of even the most savvy readers as one surprise engenders another. The intricate plot, coupled with Herron’s breezy writing style (“Ben Whistler looked like what you got when you thought about a rugby player, then fixed his teeth”), results in superior entertainment that makes most other novels of suspense appear dull and slow-witted by comparison.