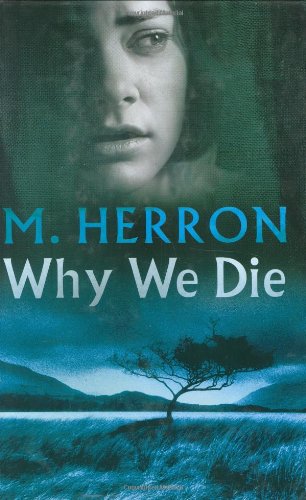 In Herron's dazzling third Zoë Boehm adventure, the second to appear in the U.S. (after 2004's ), the struggling London PI gets mixed up with, among others, a suicidal widower, a battered wife, a baby-faced giantess and a disgraced policeman. Stirred and shaken, the result is potent and surprising, as Zoë scrambles to stay ahead of her creditors. Soon after she's hit by a big back-taxes claim and her car is stolen, Zoë receives a call from a robbed jeweler, Harold Sweeney, who offers a reward big enough to cover her bills. Two thieves, including one armed with a crossbow, took things Sweeney couldn't tell police about. All Zoë has to do to collect her reward money is identify the two men, but the case proves far from simple. Herron's tale, as the title suggests, is suffused with death, but without a needlessly high body count. Smart, dogged and never down for the count, Zoë is a fine addition to the ranks of female PIs.