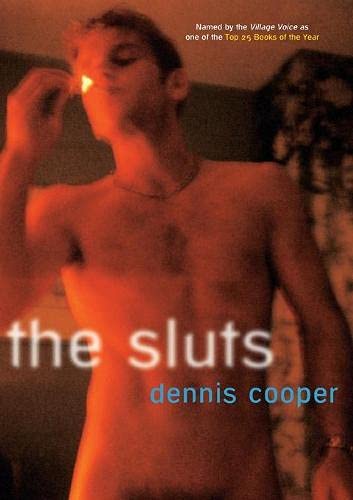 A return to form—in the sense of incorporating frank depictions of sexualized violence—Cooper's latest follows on the heels of (Reviews, May 16), which tells the story of a marriage's disintegration in the wake of an adolescent boy's death. This book, too, features a dead boy—or at least the fantasy of one. The title men are denizens of a Web chat site that reviews the performance of hustlers such as Brad, a blond who looks like an angelic teen but is probably older, and who may or may not have been killed, or snuffed, by a john. Time wobbles in the book. Brad's passivity drives a certain type of dominant to distraction, and Brad gets rave after rave review, rendered by Cooper with deadpan perfection. But as Brad peaks and then begins to decline, Cooper pieces together his Portland, Ore., backstory, and hardcore s&m moves to blood and mutilation. Brad is eventually pimped out by a man named Brian for "the ultimate" with a Web regular who may be a serial killer—one who first comes to an agreement with his victims on a price for killing them. The eerie matter-of-factness with which all of this is discussed is what makes this neo-epistolary novel fascinating, and certainly the best extant work on extreme queer s&m Internet culture in any genre.