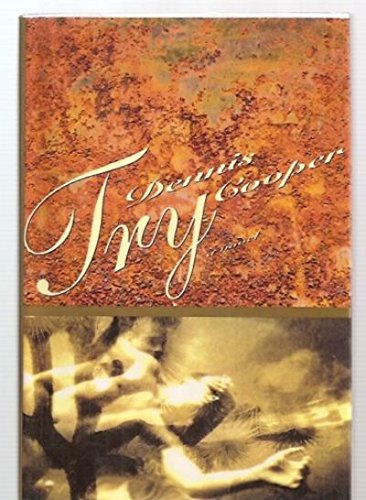 Cooper's disturbing new novel, like Frisk and Closer , explores the gritty, homoerotic subculture of a nondescript California suburb while chronicling two days in the life of Ziggy, the adolescent, adopted son of two sexually abusive gay fathers. Angelically beautiful and extremely insecure, Ziggy scarcely sleeps or attends high school, but struggles to articulate his own emotional life by compiling the latest issue of his fanzine, a crude journal about sexual abuse called ``I Apologize.'' Ziggy's unlikely mentors include his uncle Ken, who produces child pornography, his friend Calhoun, an aspiring writer who has withdrawn into a heroin-induced haze, and Roger, the less violent of his two fathers, who, with Humbert Humbert-like detachment, extolls the virtues of Ziggy's anatomy. Cooper's narrative, clinical and often pornographic, rigorously refrains from moralizing. Cutting cinematically back and forth between characters, his prose is jumpy and convoluted when describing Ziggy, dazed and analytical when depicting Calhoun, drained of affect when chronicling the appalling antics of Ziggy's uncle, who spends much of the novel drugging and raping a 13-year-old heavy metal fan he has picked up somewhere. Cooper's novel is less a case study in sexual abuse, however, than a window on a nightmarish suburban world, where domestic norms are subverted to such a degree that adults are either pointedly absent or predatory pedophiles, and where stunted but angelic teenagers take solace in drugs, sexual promiscuity and punk rock. (Mar.)
close
Details