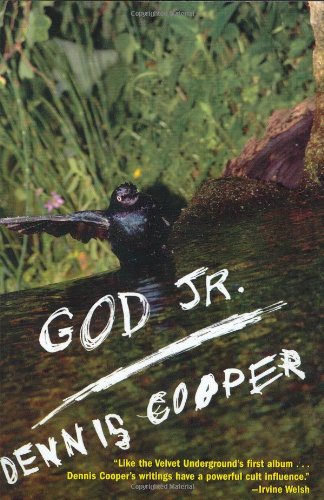 Try making up a world where having killed someone you love isn't important." Cooper ( , etc.) does just that—and it works, for a while. Pot-smoking, 40-something L.A. depressive Jim rammed his Lexus into a telephone pole, sending his son, Tommy, flying through the windshield and leaving himself crippled. He has subsequently lied about the cause of Tommy's death (Tommy lived long enough to wander from the scene) and begun working at a children's custom clothing company run by an all-handicapped crew. Upping his pot intake and drifting further from his wife, Bette, Jim has been obsessively constructing a monument to Tommy in his yard that has drawn media (and litigious) attention. Cooper's genius has always been for dialogue: the clipped marriage and workplace exchanges feature searing ironies and delicate nuances that are arresting. In the lyrical but muddled passages that dominate the book's second half, Jim loses himself in a video game of Tommy's, communicating mystically with the video game's flora and fauna while searching for a meaning to Tommy's life and death. Cooper leaves Jim and Bette stranded in their grief, and the various forms of sage-like solace he proffers fail to add up to much, either for Jim or for us. .