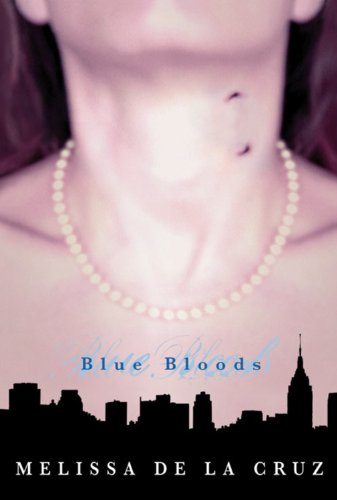 De la Cruz combines American history, vampires and a crew of rich New York City kids, delivering a page-turning debut to her new series, sure to appeal to fans of her Au Pairs titles. When 15-year-olds Schuyler and Bliss find out that they are vampires, as are many of the city's elite, they learn what's behind some of their weird symptoms (such as Schuyler's blue veins, which form "an intricate pattern, visible under the skin's surface," or Bliss's cravings for raw meat), and that "nothing could kill vampires." But something is hunting them, even killing some, and Schuyler grows more determined to stop it, even as the Conclave, the vampire leaders, attempts to cover it up. Readers will recognize the character types here: Schuyler the outcast, Bliss the pretty new girl and Mimi the popular queen bee (who nurses a somewhat incestuous relationship with her equally gorgeous brother). Not many question are answered along the way, even for the start of a series. Still, it's hard to resist a book that combines expensive clothes, modeling jobs, blood-sucking and even diary entries from a vampire. De la Cruz plants enough seeds (e.g., What does it mean that Schuyler's father is human? Will her mother come out of her coma? Who are the Silver Bloods, and is one of them hiding amongst the vampires?) to give readers a stake in what happens next. Ages 12-up.