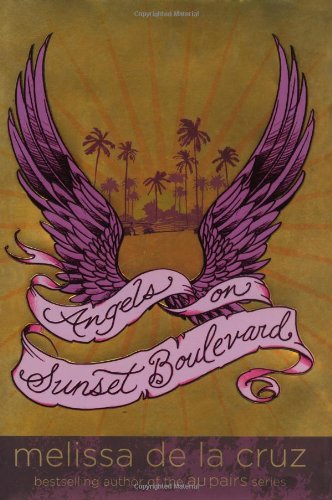 De la Cruz (the Au Pairs series) invents a dark world against an L.A. backdrop in this novel, giving readers plenty to puzzle over and ponder. A fictional social networking Web site called TAP.com lies at the center of this story about a missing rock star, the girl who loved him, and rich boy Nick, who is learning to see beneath the surface. Johnny Silver, Taj's boyfriend and "the kind of star that spoke for a generation," literally vanishes from the stage, and he is not alone. Nick's sister goes missing, and soon, so does his best friend. Through Taj's and Nick's alternating perspectives, readers not only watch the mismatched pair fall for each other, they learn TAP's secrets, from the "otherworldly" punch served at the site's sponsored parties, to the strange ritual that happens in the parties' secret rooms. ("TAP—The Angels' Practice... the website was only the beginning. It was also a movement, a phenomenon, and a drug," says Taj.) Nick suspects the Web site is connected to the disappearances. Memorable secondary characters people the novel, such as Taj's drag queen uncle, Mama Fay, and Sutton, Johnny's teen manager with "the smile of the devil." But the story wraps up before readers get enough of them. Teens may have trouble tracking all the pieces of the mystery, but will compulsively turn the pages—and be haunted by the story's provocative themes, such as the underbelly of social networking sites, and why "sixty percent of America's teenagers believe they will become famous." Ages 14-up.