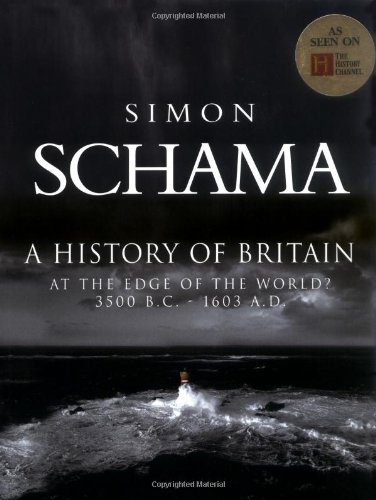 A History of Britain

One suspects that Schama harbors a secret desire to be the Venerable Bede, whom he describes as a ""consummate English story-teller, an artful retailer of wonders, a writer of brilliantly imaginative prose."" In earlier works on the French Revolution (Citizens) and the golden age of Holland (The Embarrassment of Riches), he perfected his balance: market appeal is never sacrificed to condescension. This new volume is a model of literate elegance, enlivened by good humor and bursts of pugilistic directness: ""The Faerie had warts all right,"" he writes of Elizabeth I. His task is not easy: British national identity is no longer axiomatic. Schama steers away from a Churchillian litany of patriotic glories, and from the revisionist pieties of the Left. In practice, this means, that unlike Landscape and Memory and Dead Certainties, this is not a work of great conceptual boldness. Its strengths lie rather in the detail. From his opening chapter, in which a prehistoric Orkney community is described as a ""seaside village,"" Schama is ever alert to the unexpected. We learn that Hadrian's wall, far from being an impregnable fence, was designed to control the flow of men and goods; that Saint Patrick was not Irish (he was ""a Romano-British aristocrat"" by birth); and that the Battle of Hastings, at six hours, was one of the longest of battles in medieval history. His book has all the hallmarks that he admires in Bede, his medieval forebear: vigor of language, the capacity to evoke and clear-eyed common sense. (Oct.) market.
close
Details