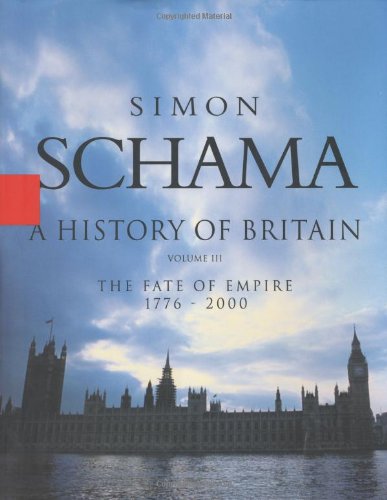 Renowned historian Schama has done it again with the third and final volume of this magnificent work, displaying his gift for combining scholarship and grace in a highly accessible narrative. Schama begins with the French Revolution and the "back to nature" philosophy of Jean-Jacques Rousseau that made such an indelible impression on Britain. Radicals such as Tom Paine and Mary Wollstonecraft demanded revolutionary changes to Britain's oligarchic government. The big question on everyone's lips was: Would Britain experience European-style, violent revolution? As Schama makes clear, Britain settled for incrementalism instead. Schama examines the omnipresent urge for political and social reform by devoting much of the middle part of the book to the evolving role of women. He gives us an array of Victorian female pioneers, from photographer Julia Margaret Cameron to Dr. Elizabeth Garrett, who were part of a network of social reformers seeking to ameliorate the lives of the poor. This reformist, "civilizing mission" also spread to the empire, as exemplified here by Thomas Babington Macaulay, who believed the British would eradicate poverty and ignorance in India. The natives, however, often held a differing view of British "civilization." Schama skillfully describes the 1857 Sepoy Revolt in India, and also depicts the horrors of massive famines there and in Ireland. Looking at the last century's gradual decolonization and imperial decline, Schama masterfully recounts the lives of Winston Churchill and George Orwell, who he says personify Britain's "difficult" 20th century. Schama has written a delightfully readable book that should be mandatory for anyone interested in British history. Color and b&w illus.