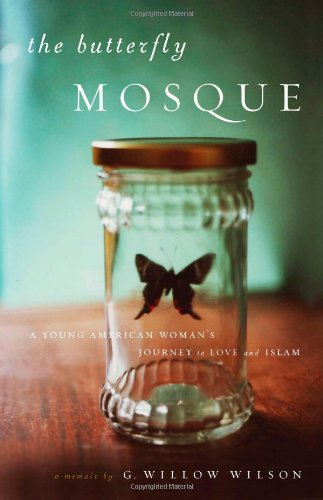 The Butterfly Mosque: A Young American Woman's Journey to Love and Islam

In this satisfying, lyrical memoir of a potentially disastrous clash between East and West, a Boulder native and Boston University graduate found an unlikely fit living in Cairo, Egypt, and converting to Islam. Wilson embarked on a yearlong stint working at an English-language high school in Cairo right after her college graduation in 2003. She had already decided that of the three Abrahamic religions, Islam fulfilled her need for a monotheistic truth, even though her school did not include instruction in the Qur'an because “it angered students and put everybody at risk.” Once in Cairo, despite being exposed to the smoldering hostility Arab men held for Americans, especially for women, she found she was moved deeply by the daily plight of the people to scratch out a living in this dusty police state tottering on the edge of “moral and financial collapse”; she and her roommate, barely eating because they did not know how to buy food, were saved by Omar, an educated, English-speaking physics teacher at the school. Through her deepening relationship with Omar, she also learned Arabic and embraced the ways Islam was woven into the daily fabric of existence, such as the rituals of Ramadan and Friday prayers at the mosque. Arguably, Wilson's decision to take up the headscarf and champion the segregated, protected status of Arab women can be viewed as odd; however, her work proves a tremendously heartfelt, healing cross-cultural fusion.