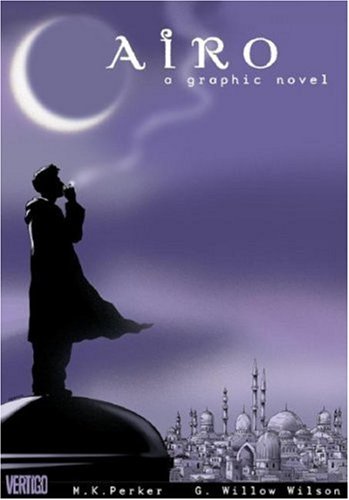 A lush and energetic drawing style makes for a beautiful book, but the plot of this ambitious graphic novel falls short. Wilson, a journalist who has spent many years in the city of the book's title, gamely attempts to construct a gripping narrative, mixing magic, politics and romance. Her story brings together an American tourist, a would-be suicide bomber, a female Israeli soldier, a smalltime drug runner and a radical Egyptian reporter. Add to this mix a hookah with a smooth-talking genie inside, and you have the makings of a fine story. The sum is somewhat less than its parts, however, as various subplots fail to mesh comfortably, plot points and elements of magic and legend are inadequately introduced, and a long-winded explanation of political ideals weighs down the last quarter of the book. Wilson is a talented young writer, but tells her story at an uneven pace, revealing crucial elements late in the book. Narrative faltering aside, the knowledgeable view of the Islamic world and interesting visual effects do keep the reader's attention. Perker draws the city and the legendary figures in rich detail, revealing personalities and emotional states in characters' faces.