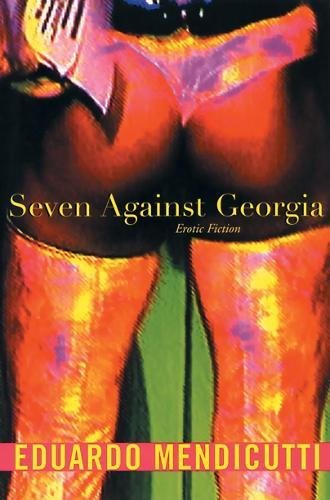 Mendicutti pays creative tribute to the power of erotic fantasy in these interlocking stories, which feature seven gay Spanish men who construct elaborate sexual scenarios to defy Georgia's blue laws. The central conceit is paper-thin; in order to protest anti-sodomy regulation in the U.S. state of Georgia, the author's seven flamboyant drag queens take on elaborate noms de guerre and mail cassette tapes describing their sexual adventures to an anonymous Georgia police chief. Food fetishes are the main sexual course for "Miss Balcony" and her paramour, a baker who uses his baguette as a way to bring the couple to climax. Uniforms surface as the primary preoccupation for Miss Madelon, who ends up in a three-way tryst with a pair of soldiers, one Spanish and the other Portuguese. Another character named Pamela Poodle provides an elaborate tour of sexual fantasies based on the attractions offered by famous silver screen actors, while Colette La Coco conducts a far-flung tour of places that lend themselves to semi-public, risqué sex in airports and other prominent travel destinations around the world. Mendicutti proves to be a ribald, accomplished storyteller, and his colorful cast of characters provide more than enough flash to embellish the titillating tales. But the structure is boilerplate; once Mendicutti establishes his basic motif, the characters become interchangeable, and the relentless focus on over-the-top sex scenes is monotonous. Moreover, the author does nothing with the conceit involving the police chief once he uses it to set the literary stage. Mendicutti makes his point about the endlessly creative variations humans will employ to get around repressive sexual laws, but as a work of erotic fiction this book is abit limp.