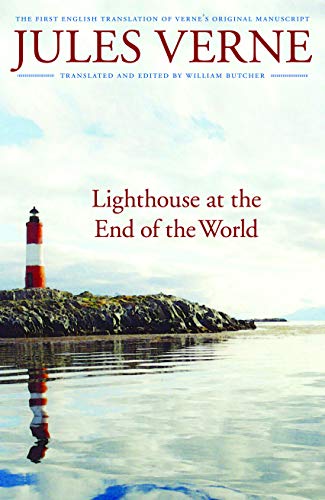 Lighthouse at the End of the World

Fans of and may find this work from Verne (1828–1905) austere. In 1859, three sailors arrive on an isolated island to man a new lighthouse at the wreck-prone tippy tip of South America. They soon discover a band of “egregious criminals,” led by “dangerous evildoer” Kongre, who have been tricking ships into running aground, killing the survivors and taking the loot. When two lighthouse men go to assist a ship and are killed, serious trouble ensues. Characters are cardboard; the action slight, though violent; the plot simple; and the encounter between decency and evil on an island one-dimensional. Posthumously published in 1905, the book was translated into English in 1923, but this is the first English translation from Verne’s original manuscript.