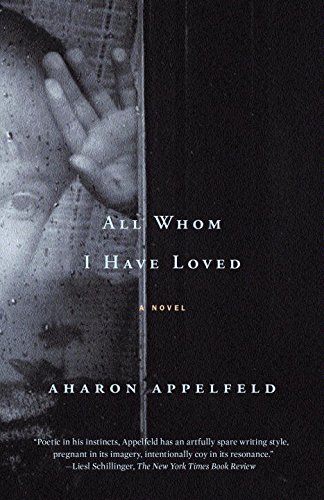 All Whom I Have Loved

Israeli novelist Appelfeld ( ; ) sets this pre-Holocaust novel in 1938 Czernowitz, Ukraine, where narrator Paul Rosenfeld, a nine-year-old Jewish boy, watches his family and community fall apart. Paul, whose isolation is exacerbated by his exemption from school because of his asthma, watches as, in short order, his parents divorce, his adored nanny is killed by her jealous fiancé and his schoolteacher mother abandons him (first when she marries a colleague and converts to Christianity, and later when she contracts typhus and dies). Paul is left in the care of his father, a depressed, alcoholic painter who hardly speaks except to rail against the anti-Semitic art critics who have labeled his art "decadent" and thwarted his career. Paul daydreams about an idyllic country vacation he once took with his mother and finds himself drawn to the Orthodox Jews he meets. Meanwhile, strangers hurl anti-Semitic insults and World War II looms. Though Appelfeld's bewildered child narrator is a pleasure to follow, he stumbles into gratingly precious territory on occasion. For all its morbidity, the story is seductive and, ultimately, devastating.