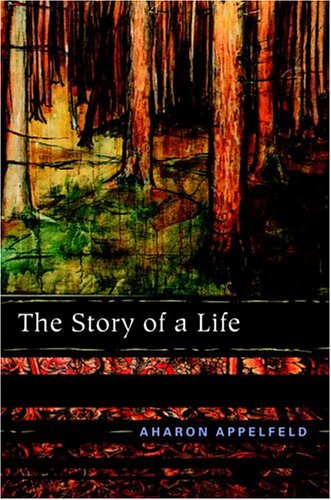 THE STORY OF A LIFE

Only the most artful writer could relate nearly seven decades of life—a life that encompasses the Holocaust, resettlement in Palestine, army service, university studies with the likes of Gershom Scholem and Martin Buber, finding his writer's voice—in barely more than 200 pages and leave the reader feeling that nothing essential has been omitted. But spareness and elegant simplicity have always characterized the writing of Appelfeld, whom one hesitates to call a great novelist of the Holocaust ( ; ; etc.) after reading that he shuns the designation as "annoying": "A writer... writes from within himself and mainly about himself, and if there is any meaning to what he says, it's because he's faithful to himself."

Most surprising in this exquisite, and at times exquisitely sad, memoir is to find the source of Appelfeld's spare style: He is, it seems, a man of silence, of contemplation (the pleasure of which "is that it's devoid of words") who yet feels compelled to express himself in words and so weighs each one carefully. Appelfeld keenly feels both the inadequacy of language ("Words are powerless when confronted by catastrophe; they're pitiable, wretched, and easily distorted)" and their inescapable necessity. But the spareness, one feels, is a residue of the war years that obliterated an idyllic childhood spent in his hometown of Czernowitz, in Romania, with his assimilated parents, and vacations with his religious grandparents in the lush, green Carpathians mountains. His mother shot, seven-year-old Appelfeld and his father are sent on a two-month-long forced march, in mud so deep children drown in it. Placed in a camp, young Aharon manages to escape and for the rest of the war hides alone, or with a friend, in the forests, where he can sit peacefully and silently and relive the happy past in his imagination. The difficulty of adjusting to life in Palestine (soon Israel) also revolved around language—Appelfeld's sense that he has none: that his mother tongue, German, is fading, yet he has difficulty absorbing Hebrew. Without a language, he feels a loss of identity.

The finding of his voice, his eventual acceptance of Hebrew, comes for Appelfeld only with learning that—despite the orders he and other young survivor-immigrants have been given to forget the past and build a new life—he must cling to his past and remain rooted in it. He relates many painful scenes; the most heartrending image is of the ghetto's blind children, urged on by their guardian, singing in unison as they are pushed onto the cattle cars for deportation.

And so this great memoir—sure to be a classic—is about much more than the Holocaust. It tells of the genesis of an artist; his struggle with his medium, language; and the difficulty of learning to trust his own instincts and his inimitable voice as a writer.