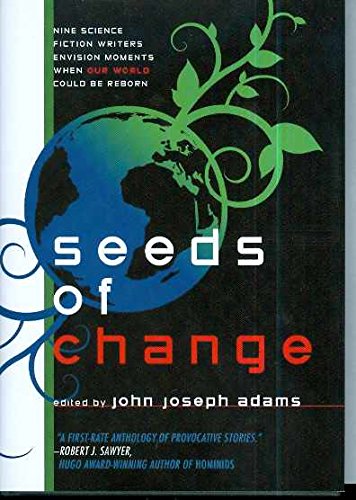 This thought-provoking anthology of nine original stories posits near-future paradigm shifts in everything from race relations (in Ted Kosmatka's vivid and moving “N-Words,” where cloned Neanderthals encounter violent hatred from ) to the morality of uploaded consciousness (in Blake Charlton's clumsy but charming “Endosymbiont”), with varying success. The hero of Jay Lake's “The Future by Degrees” invents an energy-saving thermal superconductor only to be pursued by corporations protecting their business, with predictable results. Pepper, the mercenary hero of Tobias S. Buckell's , refuses to assassinate a dictator in the morally contrived “Resistance.” Considerably more powerful is Nnedi Okorafor-Mbachu's “Spider the Artist,” which combines African folk tales and advanced robotics in a chilling story about a rising social conscience in the Nigerian oil fields. Despite weak spots, this anthology accurately reflects many of today's most pressing political and social issues, and will give readers plenty to think about and argue over.