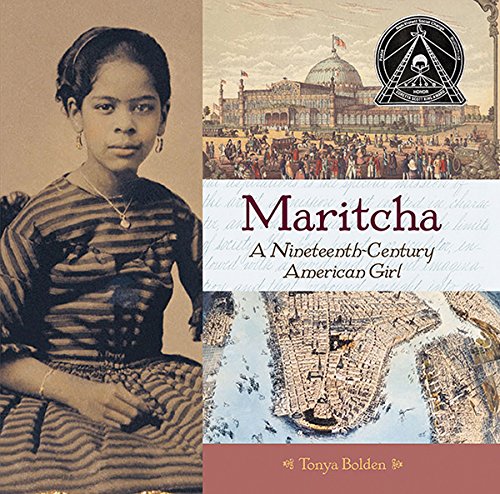 Bolden ( , reviewed above) lucidly relays the illuminating life history of Maritcha Rémond Lyons, born a free black in 1848 in lower Manhattan. The author draws her biographical sketch primarily from Lyons's unpublished memoir, dated one year before her death in 1929. Bolden uses research about the period to speculate about what chores Maritcha may have performed and games she may have played, and recaps Lyons's descriptions of some of the highlights of her childhood and family history (including her grandmother's memory of the day Frederick Douglass visited the family home) as well as of her role models, including her parents, whose boardinghouse (which catered to black sailors) also served as a stop on the Underground Railroad. One of the strongest sections of the book documents the Draft Riots (protests against a military draft during the Civil War) of July 1868, and the impact of them on Maritcha and other citizens: their home was vandalized and looted, and the family relocated to Rhode Island. There Maritcha successfully petitioned the state legislature for permission to attend Providence High School, from which she was the first black student to graduate. A concluding note summarizes her adult life as a highly respected educator and orator, while elegantly framed family photos and clearly reproduced archival drawings and maps make for a handsome presentation. An illuminating life story. Ages 5-9.