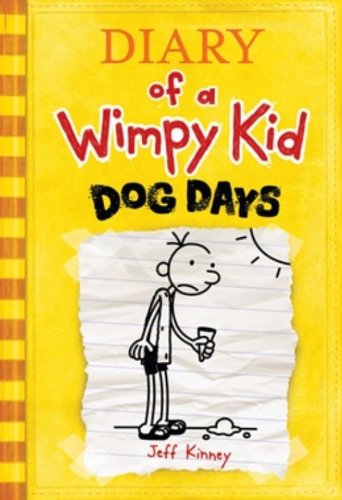 Is there a better remedy for the back-to-school doldrums than getting to see how Greg Heffley spent his summer vacation? If nothing else, the comedy of errors and indignities he suffers will make readers feel a whole lot better about any family vacation disasters of their own. In the fourth book in Kinney's bestselling Diary of a Wimpy Kid series, Greg has a falling-out with his friend Rowley over a failed lawn-care business, puts up with his parents' attempts to get him out of the house (Mom organizes a book club for boys—who pick out titles like “Sudoku Insanity” and “Ultimate Video Game Cheats”) and tries to shake off the twin horrors of the murderous “muddy hand” from a horror film he watches and the terrifying sights in the men's locker room at the pool. Kinney's gift for telling, pitch-perfect details in both his writing and art remains (such as the cursive script and cutesy content of Mom's photo album captions). No reason to think kids won't devour this book as voraciously as its predecessors. Ages 8–12.