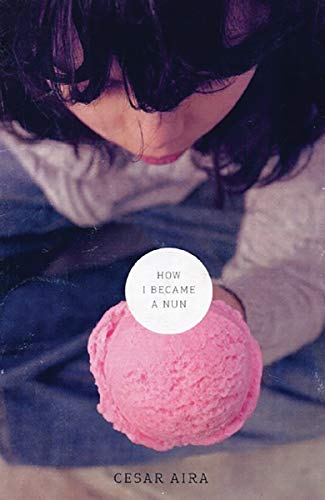 How I Became a Nun

A six-year-old child sickened by eating cyanide-contaminated ice cream makes for agonies and picaresque adventures from Argentine author Aira ( ), who draws on a wave of real food-supply poisonings in Latin America during the 1950s for this slim autobiographical novel. Newly moved from a Buenos Aires suburb to a rough-and-tumble neighborhood in the southern city of Rosario, the young César is taken for a first ice cream by his father. Despite its rancid taste, the father forces César to eat it, and then, in an escalating standoff, beats the vendor to death. Subsequent chapters in this elliptical, disjointed work trace César's hallucinatory stint in the hospital (where a rich fantasy life takes hold for good) while the father languishes in prison, and César's painful, delayed transition into first grade. Eventually, César makes friends with a rich boy, Arturito, and a game of dressup goes spectacularly awry, but the die is cast: César, who often cannot distinguish between dream and reality, will be a writer. Completed in 1989, Aira's near-memoir is a foreboding fable of life and art.