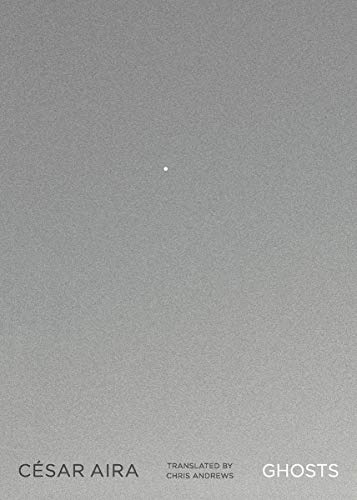 Aira, an unusual Argentinean author ( , writes a compelling novel about a migrant Chilean family living in an apartment house under construction in Buenos Aires. New Year's Eve finds the hard-drinking Chilean night watchman, Raúl Vinas, hosting a party with his wife, Elisa, their four small children and Elisa's pensive 15-year-old daughter, Patri. Moreover, ghosts reside in the house: naked, dust-covered floating men, mostly unseen except by Elisa and Patri. The novel engineers a clever layering of metaphorical details about the building, but gradually focuses on Elisa's preparations for the party and her conversations with her daughter about finding a “real man” to marry. Prodded perhaps by her isolation within the family, Patri accepts the ghosts' invitation to a midnight feast, at her life's peril. Aira takes off on fanciful sociological analogies that seem absurd in the mouths of these simple folk, so that in the end the novel functions as an allegorical, albeit touching, comment on his characters' materialism and class.