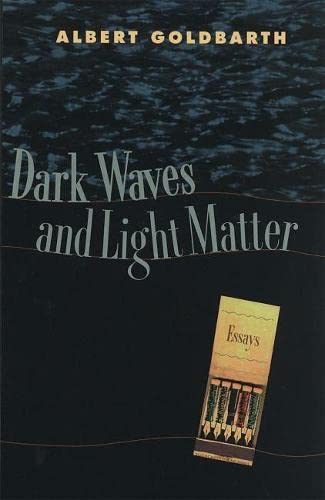 Supercharged with eclectic information and often quite moving, Goldbarth's literary essays are an unmitigated delight. His appealingly jumpy mind sees parallels between the most farfetched data, myths and anecdotes: rather than turning out one essay per topic, he typically weaves three or four fields of discourse (archeology, grandparents, comic books, the word ""dasn't""; horror movies, literary Romanticism, dictatorships, antique-collecting) into one unlikely, wholly convincing tapestry. Half of ""The Whole of a Person's Nature,"" for example, shows how lovers and spouses in collapsing relationships can lose all sense of who they are; the other half analyzes the stable, comprehensible identities of comic-book heroes and villains. Also a prolific and versatile poet, Goldbarth (Heaven and Earth, winner of a National Book Critics Circle Award) is at his best in his prose, where he can digress and explain without needing to squeeze evidence into line breaks. Each of the 10 works in his third book of essays offers lyrical wisdom, snippets of autobiography, rollercoaster sentences and, underpinning all these, pleasure simply in names and facts about people and things: the Green Lantern and Shelley, ""1940s accordions and 1960s TV theme songs,"" the ""alembics and buttons and harvesting scythes of what we call, for lack of anything clearer and finer, `the real world.' "" He's especially interested, this time out, in science; in love, divorce and remarriage; and in his Jewish heritage. Goldbarth belongs by rights to the company of America's premiere literary essayists, somewhere between Annie Dillard and David Foster Wallace. Readers who enjoy these writers will want to read Goldbarth's prose over and over. (Aug.)
close
Details