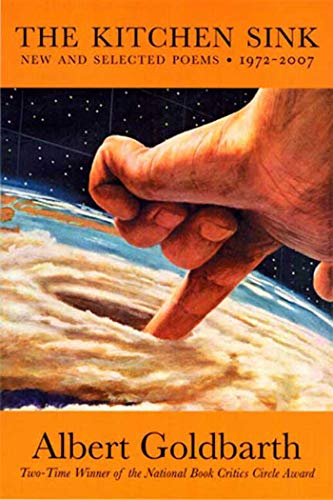 Few books of poems have sported more apt titles: in 29 earlier books, the almost implausibly prolific Goldbarth ( ) has mentioned almost every poetic topic, many that no poet before him has tried. Sometimes encyclopedic, sometimes chatty, given always to digressions, Goldbarth has written his long-lined free verse about ancient Near Eastern crockery, collectible figurines from the '40s, Jewish mysticism, "the cookbook used by Madame Curie," "a spirit from the quantum (and therefore invisible) universe," cancer, bereavement, sex, lust, underwear, "native gourds" and "meteor rubble," Keats, coin collecting and "the first of the many McDonald's Happy Meal toys/ that Jeremy received with his McNuggets." Goldbarth's breathless trivia is an end in itself, but it also becomes a means to simpler obsessions, shared with older sorts of lyric poetry. Why do we fall in love, and how can we stay in love? What do children owe their parents, and what, if anything, does America mean? Goldbarth (who has won two National Book Critics Circle awards) badly needed a new selected (his last one came in 1983); this long collection is just right for this poet of excess and enthusiasm, always hoping to show, and often showing, how "the world// not only works but networks."