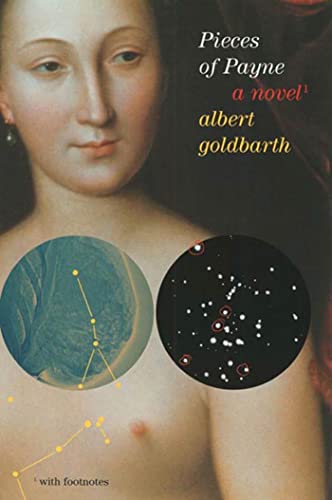 In his first foray into fiction, prize-winning poet () and essayist () Goldbarth offers a wide-ranging exploration of ideas, incorporating concepts and tidbits from science, references to the arts, snippets of history and a gallimaufry of contemporary news stories. Goldbarth himself, in his day-job role as a college professor, serves as narrator of the novel's first section, telling the story of his friend Eliza Phillips, a woman dealing with memories of her father, a surgeon who zealously performed mastectomies, and the circumstances of her difficult divorce. Early on, Eliza found mental equilibrium in the discoveries of astronomer Cecilia Payne, who identified "parts of the universe I could count on not to change unrecognizably...." Episodic and elliptical, this short opening section is intriguing, if deliberately lacking in coherence. The second, longer portion of the book, captioned "Notes," consists entirely of 50 footnotes to the first section. Here, Goldbarth begins to poke around in the banalities and truths of what he calls our "Ramada Inn and baconburger lives," trying to outline larger issues by examining quotes and events from the lives of Melville, Dickens, Jack London, Walt Whitman and other prominent literary figures. His theory, according to which the presence of a higher consciousness plays a significant role in the seemingly random events of daily life, is also supported by tidbits of bizarre contemporary news stories. There is humor aplenty in these often incredible slices of "reality." Riffing on the paradoxical tragedies and miracles of our civilization, Goldbarth has produced a thought-provoking book that offers the reader ample recompense for its challenging format.